Domestic violence, eve teasing, and physical abuse are some of the evils our society faces today. In order to bring to the front some of these issues and solve them, Star Plus introduced 'Pratigya', a serial about an ordinary girl's resolve to reclaim her respect. To promote this show, Star Plus partnered with Jagran Solutions to launch an on-ground consumer initiative called 'Meri Pratigya'. 'Meri Pratigya' focused on finding real life stories and honoring people who have fought against eve teasing. The initiative saw more than 600 people coming together to form a human chain in support of the movement. Women protagonists of other shows on Star Plus, such as Dhani and Sarla of 'Sajan Ghar Jana Hai', were also part of this movement, where the participants took an oath to stand up against disrespect. The activity was organized at one of the most known areas of Mumbai, Marine Drive. The women who participated pledged in front of media and all present at Marine Drive to stand against disrespect, therefore, echoing a voice that remains unheard in our country. And as it was to be, they created history, for this was the first rally with so many women to be held at Marine Drive. 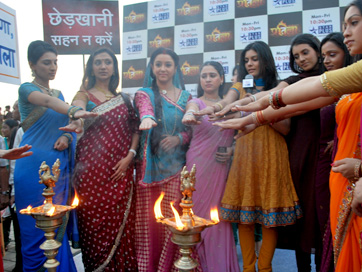 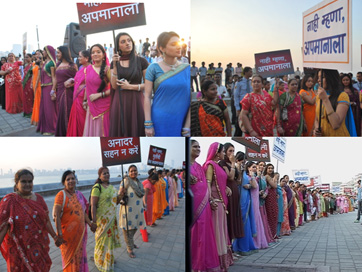