Yeh Rishta Kya Kehlata Hai is a television drama series which is based on the concept of marriages in India i.e. arranged marriage and love marriage in the Indian culture. For its premiere a promotional activity was planned with the idea of establishing a connection between the show's premise and its target group to bring the show closer to its viewers. An opportunity was created for 50 couples from across India to renew their marriage vows and revisit those magic moments when they were first bound in matrimony. The campaign focused on those couples for whom love came after marriage, as is the case with the lead pair of the show. With a heavy tilt towards on-ground activation and radio, the campaign started with local ground events and on-air quizzes, testing the compatibility of couples whose marriages were arranged by their families. Mobile units were created by Jagran Solutions, which covered the busy areas of the cities like marketplaces, conducting compatibility tests and organizing some compatibility games on the spot. The campaign culminated in a grand event on January 20 2009 at the Taj Rambagh in Jaipur, where the selected 50 couples renewed their marital vows. The event had a lot of surprises and also featured an interactive session between the real-life and reel-life couples. 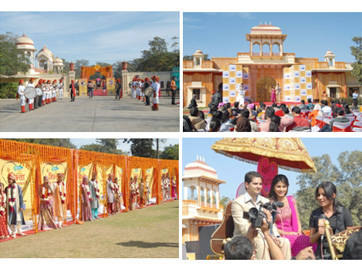 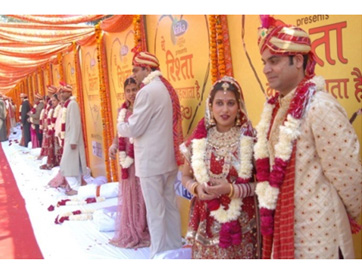