The press launch was conducted at the Oberoi Grand Hotel in Delhi. 'Gendha Phool' which means Marigold flower in Hindi was used as an integral part of the decor across the venue. Two different entry points were created at the venue - one meant for the invitees of brides and other one for the groom. Members of the female protagonist Suhana's family members took stage through the entry point allotted for bride. Same entry mechanism was followed for members of the male protagonist Ishaan. With the revelation of Sasural Gendha Phool logo, the main protagonist of the show Suhana was revealed before the audience. The dignitaries of Star Plus and cast of the show addressed the press. 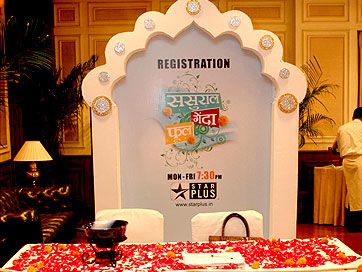 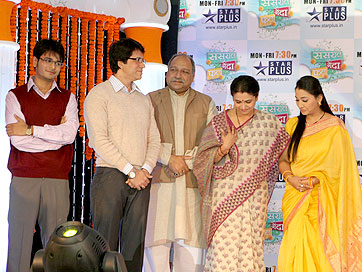 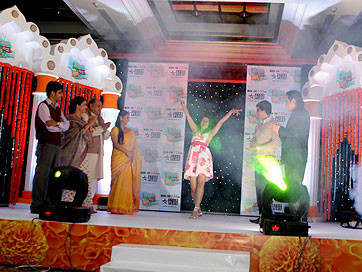