For quite some time HBO and Star Movies have been battling for the No. 1 slot of English movie channel. To have an edge, Star Movies launched the new film festival 'Forever Bond' to showcase a series of movies by James Bond. The job at hand was to raise the TRP of the channel highlighting the 'Bond quotient' and create high visibility. Since major chunk of its TG base are located in South Mumbai, the company came up with the idea of putting up a live hoarding at Mahim Causeway, Mumbai from 25 June, 2011 to 2 July, 2011. Jagran Solutions took the onus of monitoring the whole operation by providing suitable manpower for the operation. One promoter attired in black blazer and holding a gun stood on top of the live hoarding and dramatized James Bond moves constantly. During the course of this campaign, we monitored the entire merchandising activity at Big Cinemas and Hard Rock Cafe where table tops were scattered on every unit for a high recall value. Per day Eye ball views were by 80,000 people. 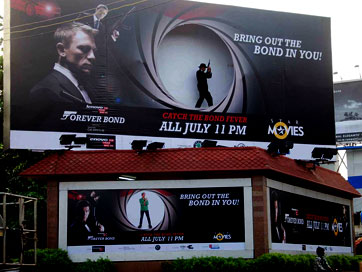 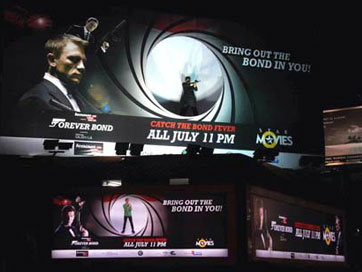 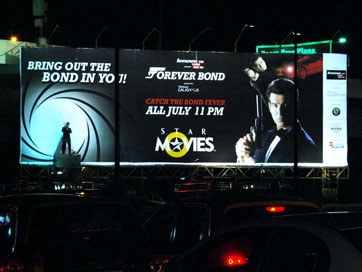