Jagran Solutions made its mark this year when a contract was awarded to it by Bihar State AIDS Control Society. The thought process of the tableau was well appreciated by officials of the department. Slogans and basic design of the tableau this year centered on a mutually decided concept of migrant laborers of Bihar. Through visuals and texts BSACS tried to convey that laborers who go out of Bihar for earning money should stay AIDS free and ones who fall into the trap bring back disappointment and shame rather than pride and wealth for their family members. Two huts were shown on the tableau with respective families sitting outside the hut. One family was overwhelmed, happy and content on return of the family head while other family was sad and down as the family head was home not alone but with AIDS Virus. Our tableau was escorted by a group of students carrying placards with messages on AIDS and color balloons with symbol of Fight against AIDS. The tableau was a part of the 26th January celebrations. 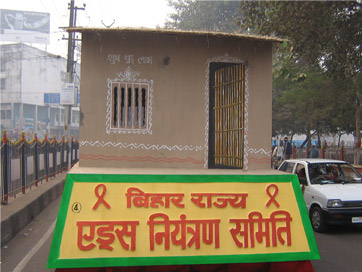 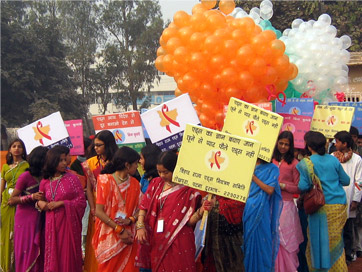 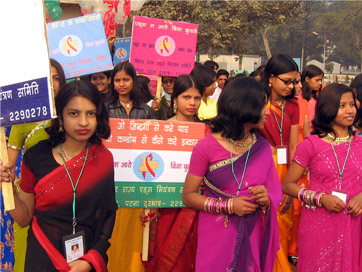 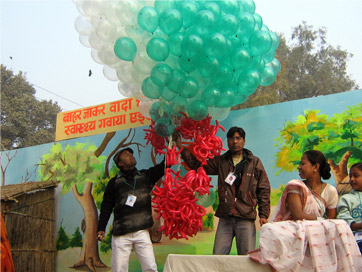